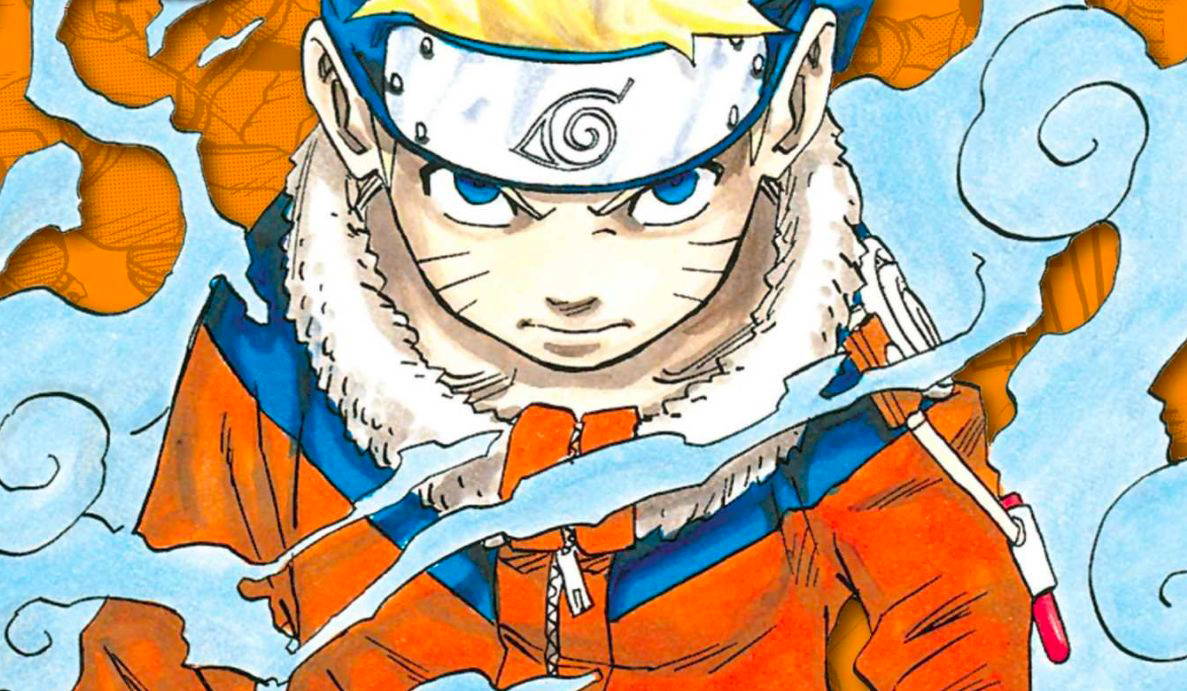 Along its mission to engage the many great talents from its global network, One Block Down is proud to announce its latest partnership with magazine Sabukaru. Documenting the figures, movements and products that have shaped contemporary stylistic discourse, the collaboration looks to shine new light on some of culture’s most untold stories.

While manga is believed to have existed in Japan for hundreds of years, it was in the early 1900’s that the specific brand of manga we have come to know and love today, Shonen Manga, was pioneered.

As manga was typically read by young boys at the time, shonen, meaning “boy” or “youth”, and manga, meaning “comic”, made it clear from the beginning who the target audience was for these new hand-drawn adventures.

Considering this readership base, publishers began creating comical stories that were not only set in worlds interesting to youths of the time, but also set about creating characters that could be understood and related to on a fundamental level. Characters that as a result, have evolved to stand the test of time in today’s popular culture. 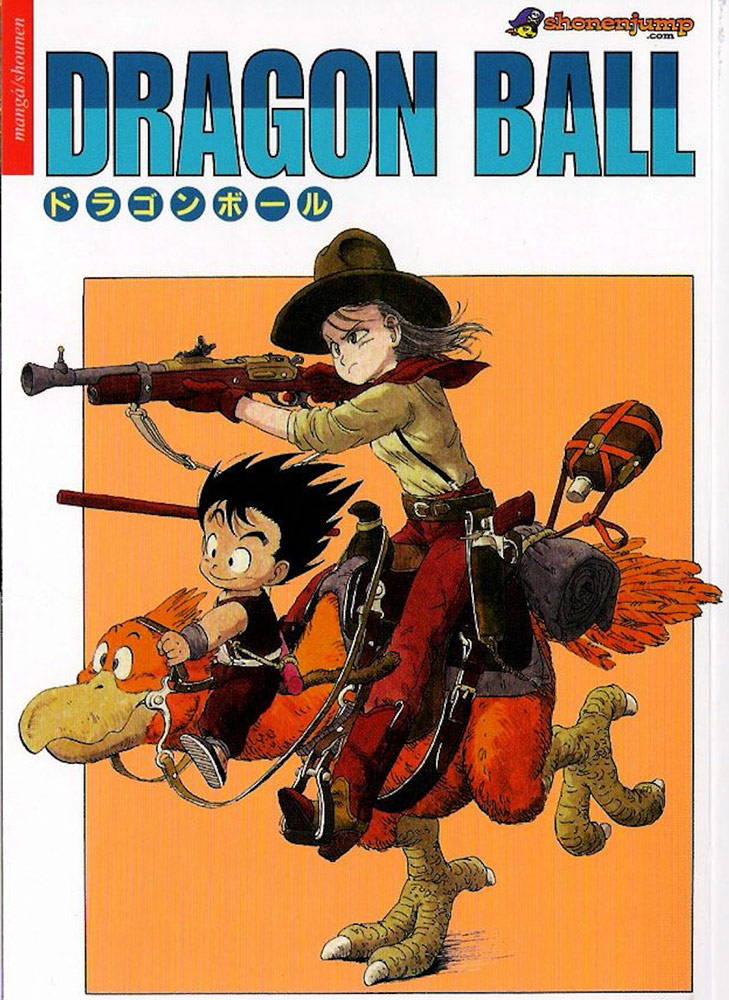 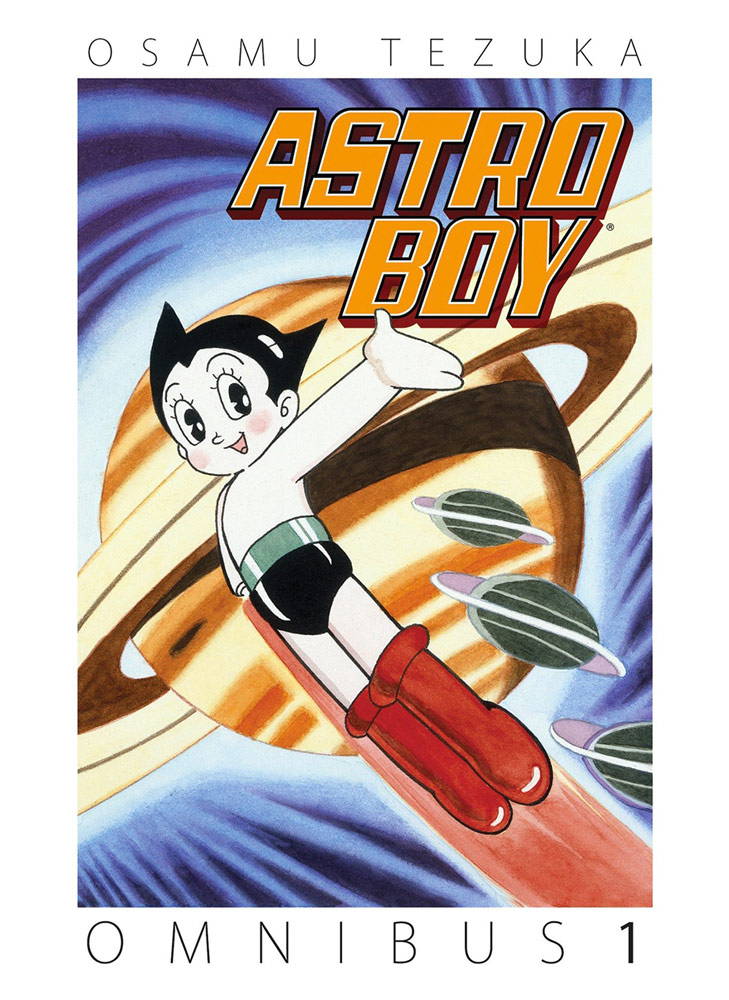 From the 1950’s through to the 1990’s, Shonen Manga was dominated by very young protagonists. In particular, two childlike boys who today are still as recognisable as ever: Astro Boy and Son Goku.

Considered by many as the first true Shonen Manga hero, Astro Boy hit the shelves in 1950 and captivated young audiences with a robotic boy’s adventures of sci-fi action. But while the manga’s illustrations blossomed with explosions and futuristic lasers, Astro Boy was not without its depth.

Created by Dr. Tenma as an android replacement for his deceased son and then subsequently abandoned, Astro Boy’s adventures tell a story of identity and purpose amidst a universe of evil. A tale that engrossed young readers and left them too wanting for Astro Boy’s success. 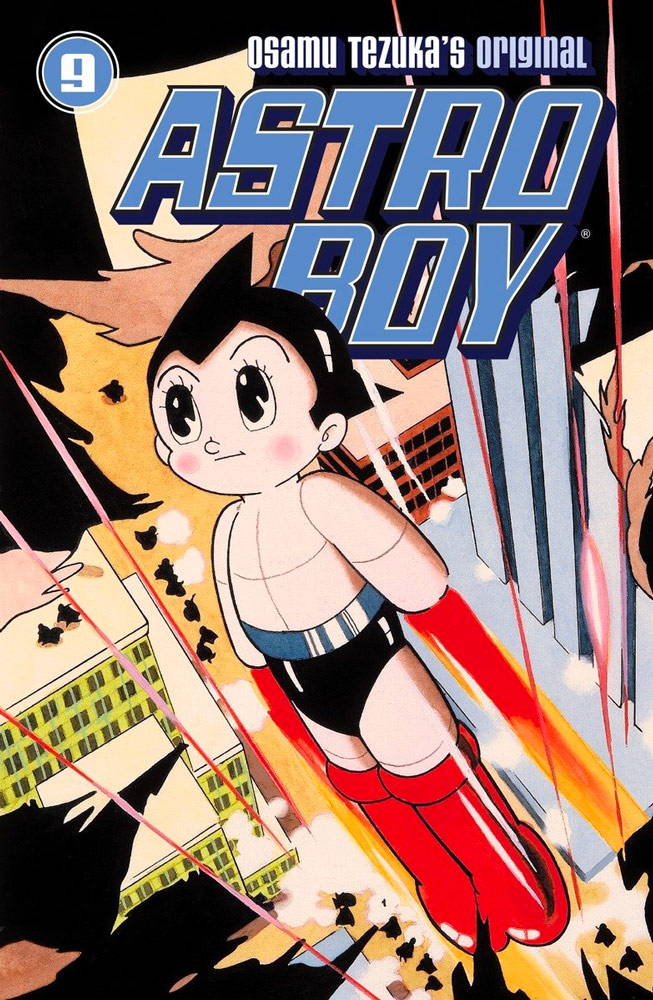 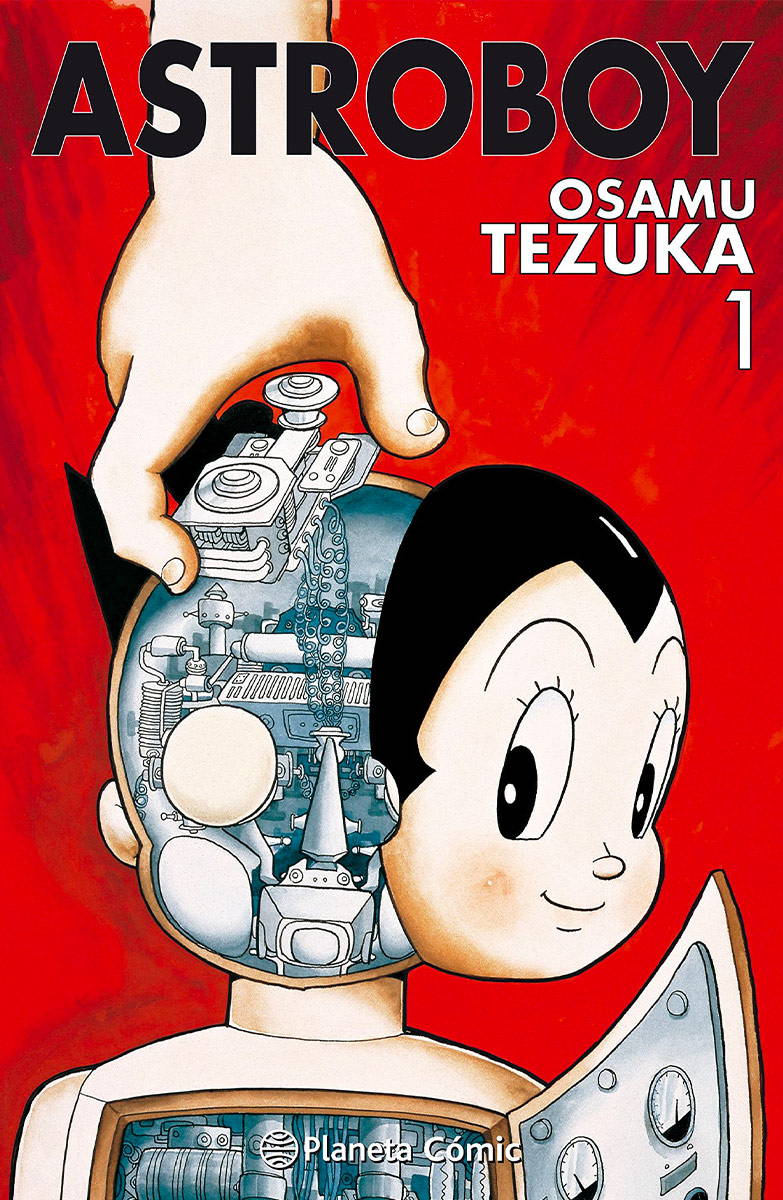 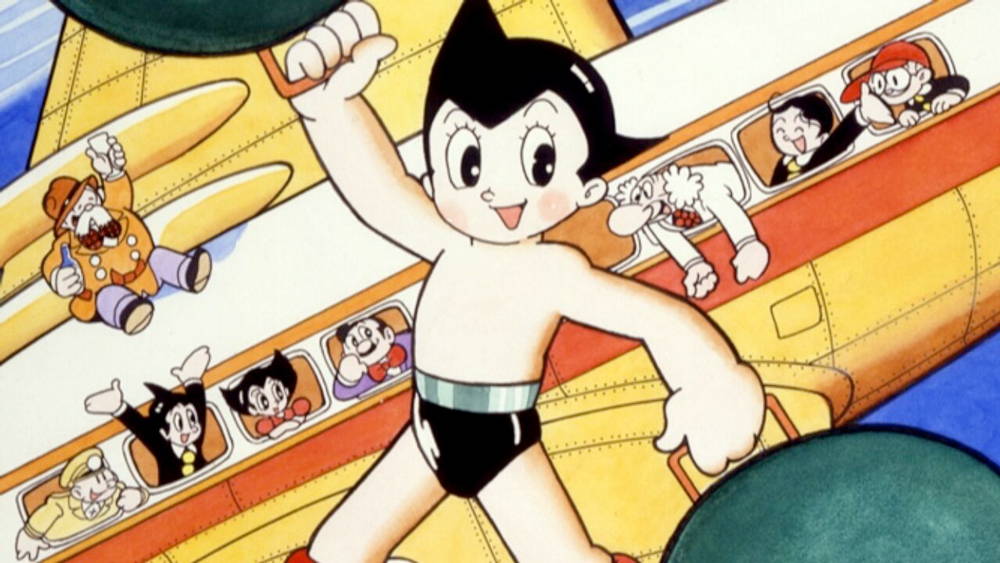 It was then in 1984 that the world got to know another child protagonist destined for greatness. Within the story of Dragon Ball, we met a monkey-tailed boy named Son Goku.

A Saiyan from Planet Vegeta, Son Goku was sent away as a baby by his parents, who feared that his life was under threat from the story’s antagonist, Emperor Freeza. After landing on earth, Son Goku then set off on an adventure both to become a great martial artist, and to find the dragon balls. A treacherous task that if completed, would allow him to summon Shenron, a wish-granting dragon.

Keeping in theme with Astro boy, Son Goku’s story is one of daring adventure in which he ultimately finds belonging and incredible strength, far from home with his new earth-dwelling family. 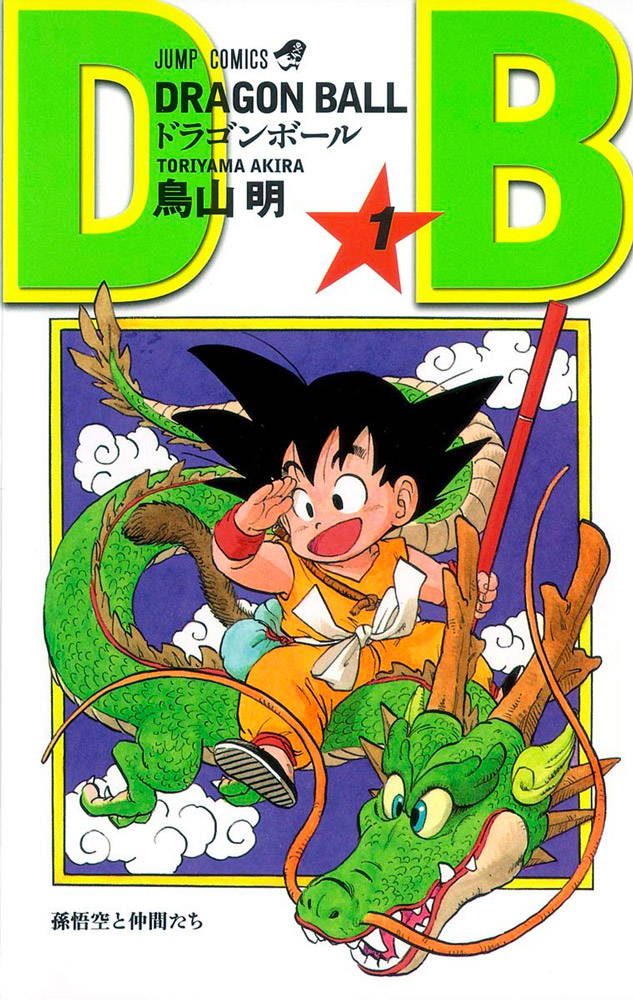 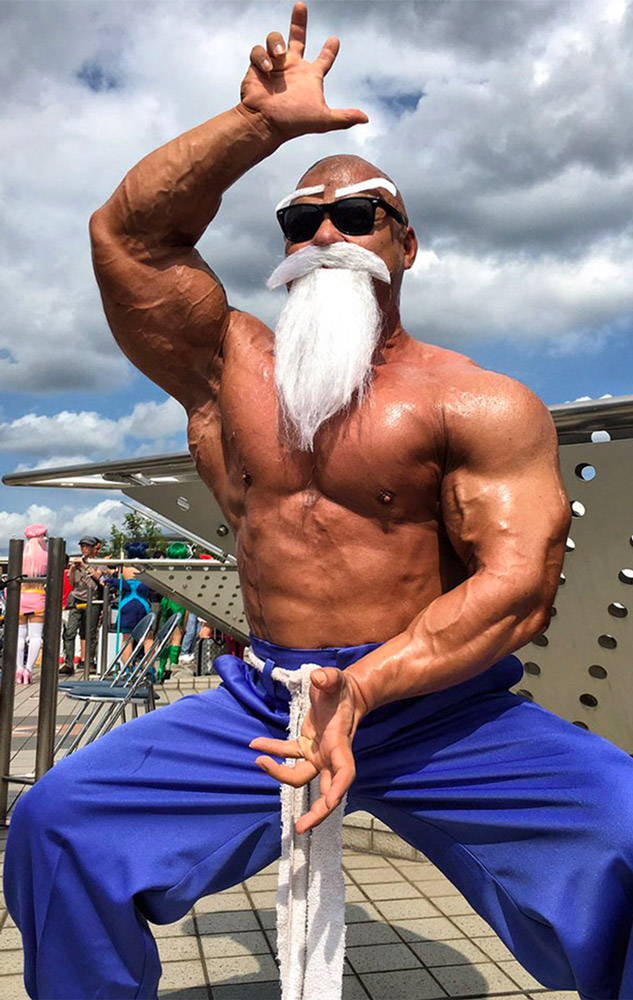 Throughout the 90’s and early 00’s, Shonen protagonists began to age (with Son Goku also aging within the Dragon Ball universe) and manga saw an era of teenagers living swashbuckling lives as pirates, ninjas and alchemists in search of riches, recognition and redemption. The first of which was Monkey D. Luffyof 1997’s One Piece.

Also known as “Straw Hat”, Luffy’s body somewhat hilariously inherited the properties of rubber when he consumed what’s known as the Gum Gum Fruit, giving him the power of extreme elasticity.

As the captain of the Straw Hat Pirates, Luffy spends his days sailing in search of the legendary One Piece treasure, using his elastic abilities to defeat the powerful pirates of the East Blue Sea, in hopes of one day becoming the all-powerful Pirate King. 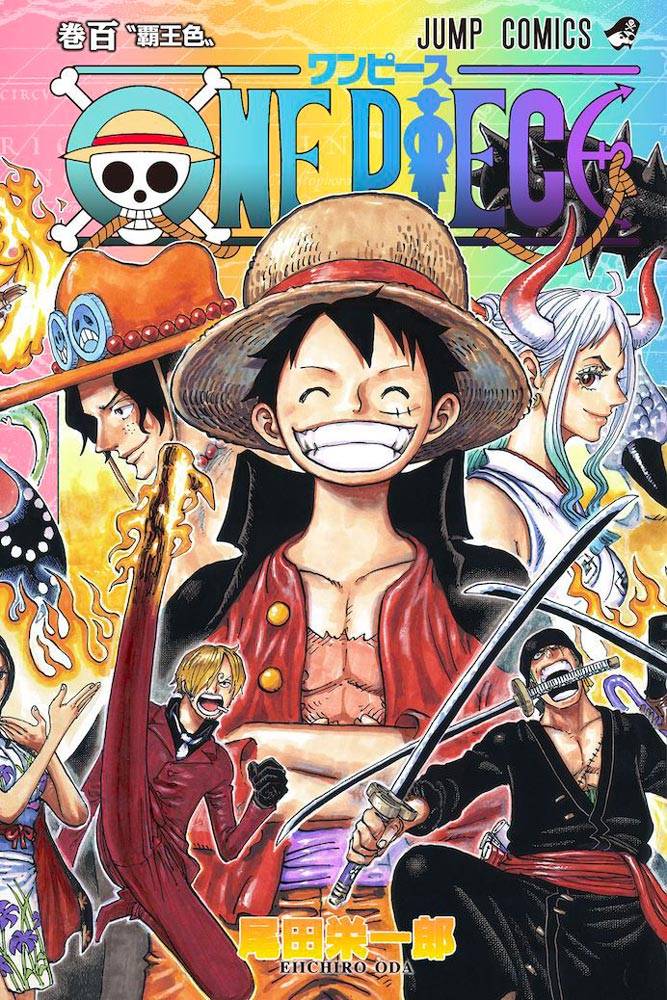 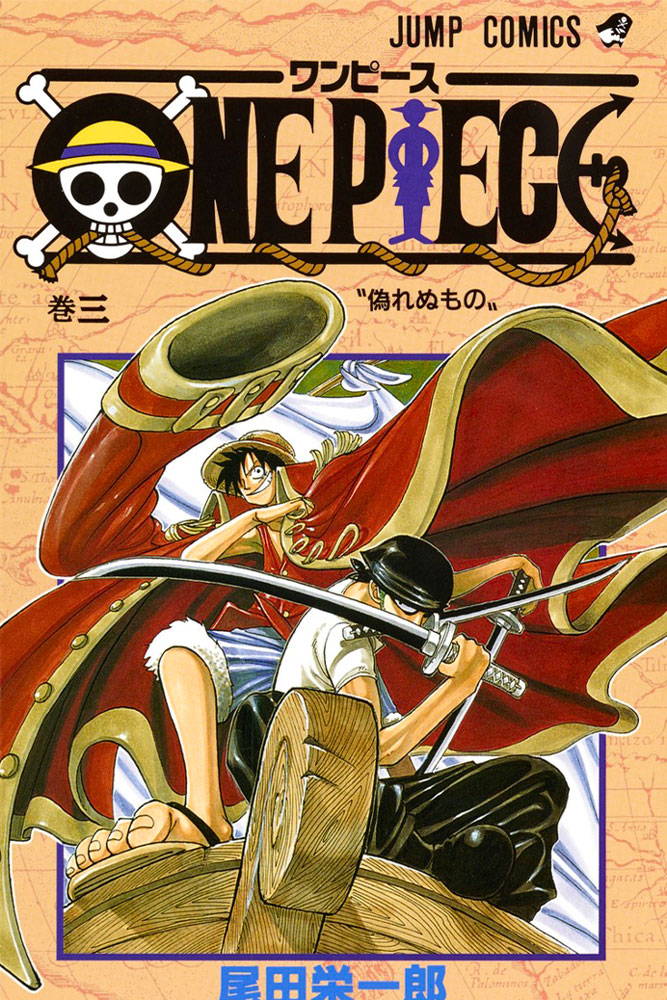 FThen in 1999, two years after Luffy’s adventures began, another young fighter joined the world of Shonen Manga in search of greatness and redemption. The legendary ninja, Naruto.

Known as a Jinchuriki, Naruto is a human that had an evil tailed beast sealed within him. A fate that while granting him extraordinary powers, causes him to be shunned by the people of his village, Konoha.

While fighting the negativity of the beast living within him, Naruto sets out to win back the acceptance of his townspeople while chasing his dream of one day becoming Hokage, the village leader. An often-emotional struggle that sees him pushed to his limits both mentally and physically. 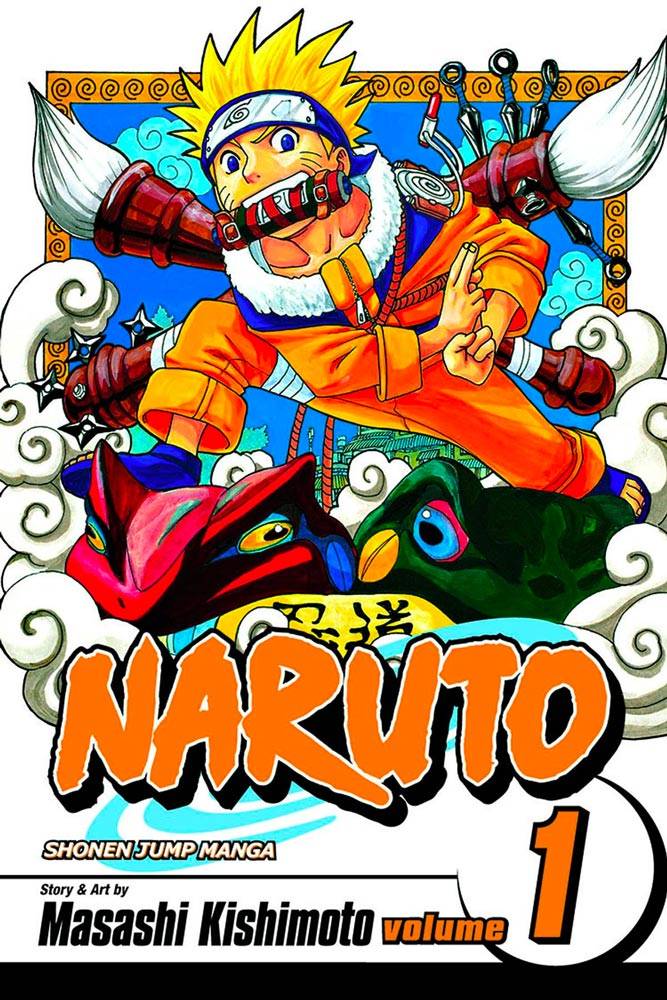 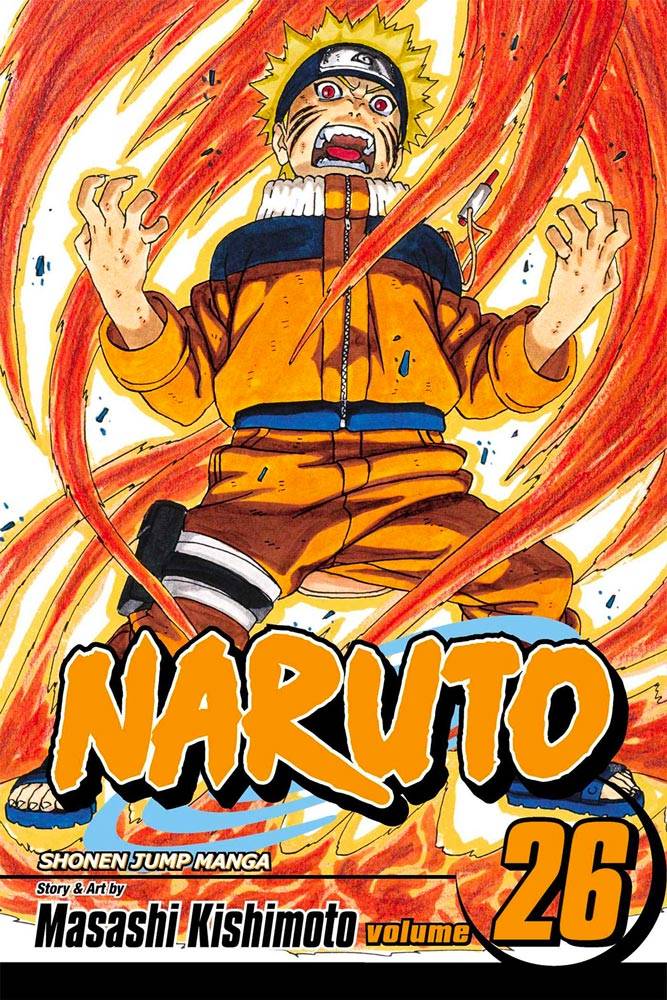 Then came the 2001 world of Fullmetal Alchemist. The story of brothers Edwardand Alphonse Elric, whose lives were changed forever after trying to bring their mother back from the dead.

Still novices after having just completed their alchemy training, the brothers, pained by the death of their mother, try to bring her back to life using a process known as transmutation.

When the process backfires, Edward loses his left leg while Alphonse loses his entire body. After desperately sacrificing his right arm to retrieve his little brother’s soul, Edward binds Alphonse to a suit of armour, then has prosthetic limbs fitted in place of his arm and leg.

Wracked with guilt, Edward then leads his now full-metal brother in search of the mythical Philosopher’s Stone, which they believe possesses the power to restore Alphonse’s original body and undo the mistakes they’ve made. 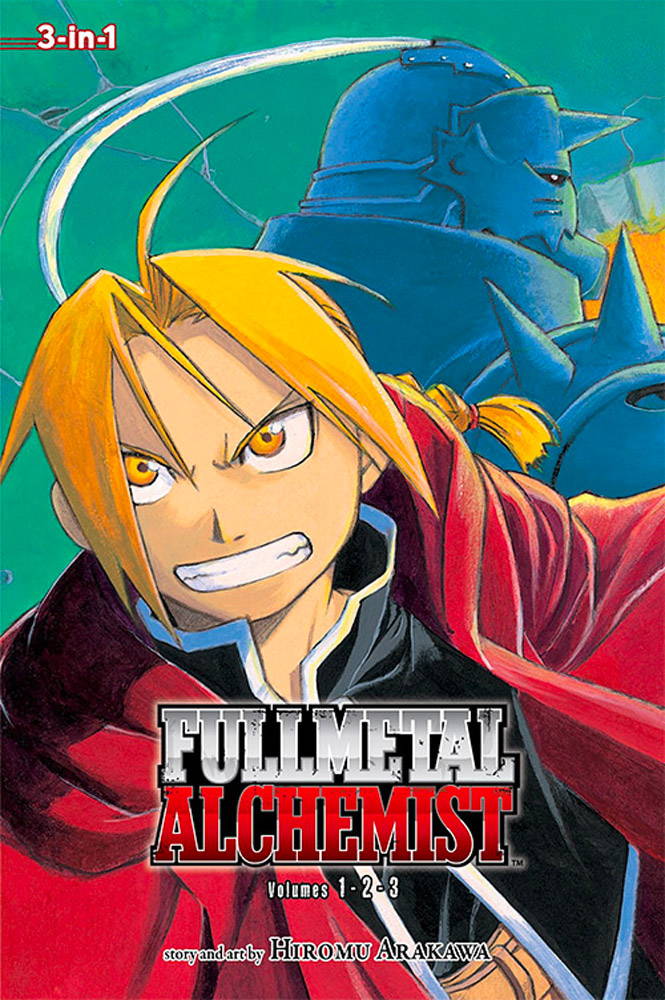 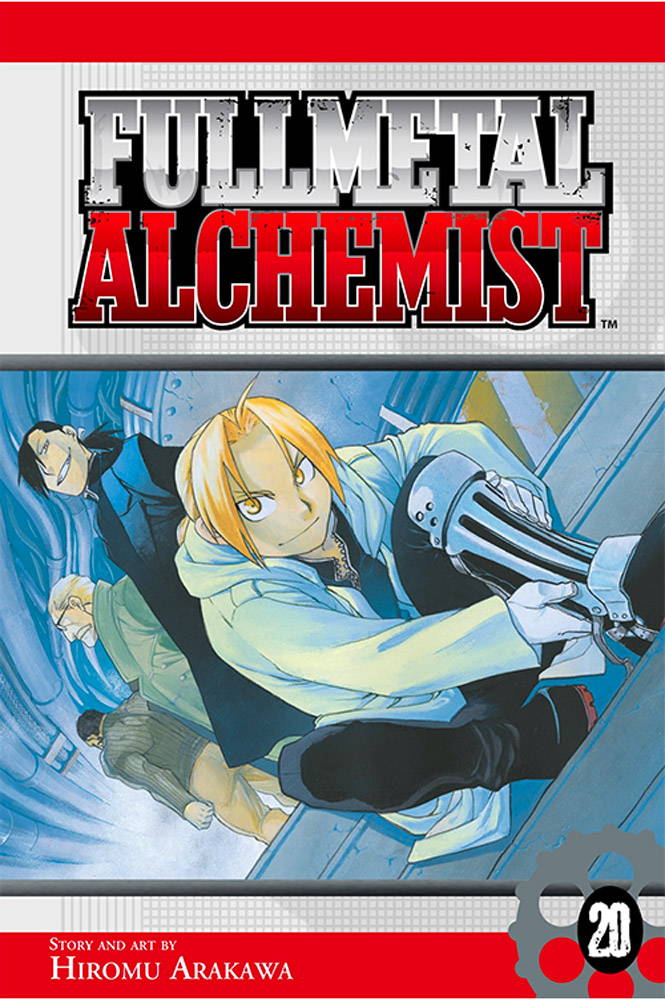 Today’s Shonen Manga heroes still feature many of the same characteristics that made them popular throughout the years. They’re still pitted against overwhelming odds while granted superhuman abilities, and they still fight for their lives against unique and ferocious enemies.

But while implementing tried and tested methods, today’s stories tend to have doubled down on one particular aspect of character. Relatability. A trait that is especially evident in heroes like Izuku Midoriya of My Hero Academia and Yuji Itadoriof Jujutsu Kaisen, who similar to much of the Shonen Manga readership base, are also students in a modern-day Japan. 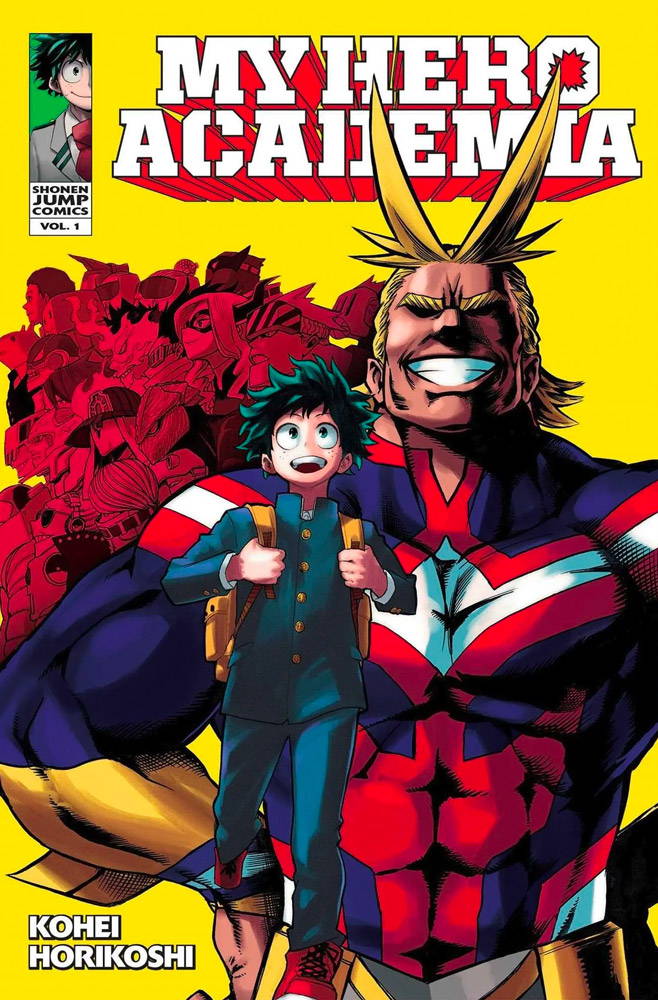 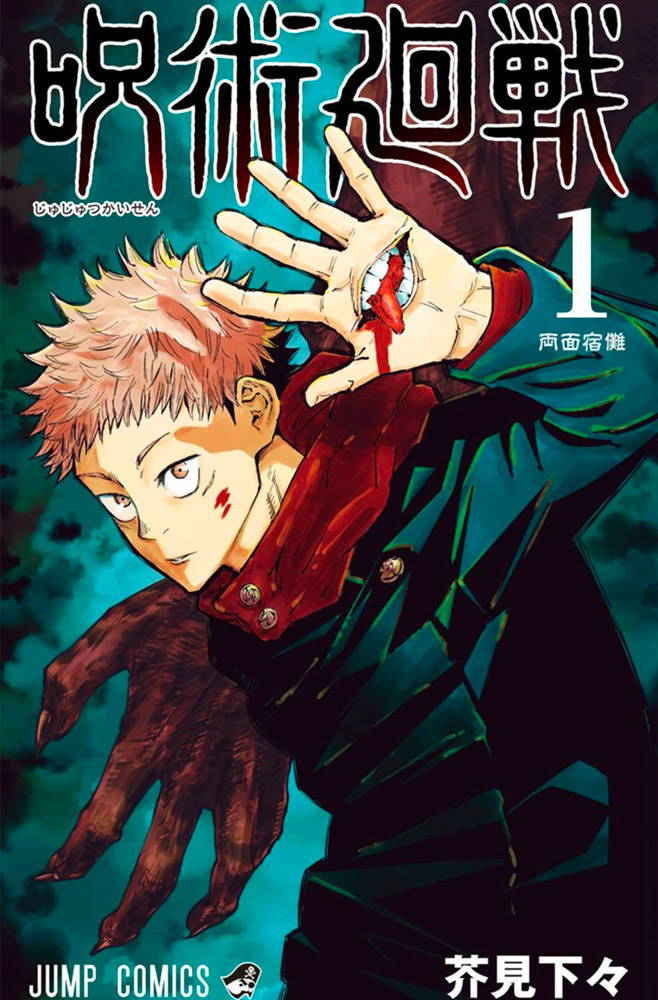 Making his 2014 debut in a world where people are born with powers known as “quirks”, Izuku Midoriya struggles with self-acceptance after realising he was born “quirkless”. But despite his lack of powers, Izuku remains determined to contribute to the upkeep of justice in the world. A determination that draws the attention of legendary hero All Might, who passes on his transferrable quirk, One For All, to Izuku.

In possession of his new power, Izuku attends U.A High School, an institution known for the best heroics education in Japan. It is here that while dealing with typical classroom politics, he learns how powerful he truly is, and that with great power comes great responsibility.

Continuing the student-hero theme is Yuji Itadori from 2018’s Jujutsu Kaisen. As an everyday high school student in Tokyo, Yuji finds himself suddenly thrust into the world of sorcery after eating the dismembered finger of a cursed spirit, Sukuna.

Becoming a vessel for the evil spirit, Yuji begins attending Tokyo Jujutsu High as a first-year student sorcerer. The beginning of a journey that sees him battle to exorcise evil curses and save those around him, all in an effort to honour a promise made to his dying grandfather. The promise to do good for others and ensure that he one day dies surrounded by loved ones.

But while the somewhat similar lives of Izuku and Yuji have become iconic tales within the realm of current Shonen Manga, special mention must be made for another of today’s icons who follows a path more akin to that of heroes past. The sword wielding demon slayer, Tanjiro Kamado. 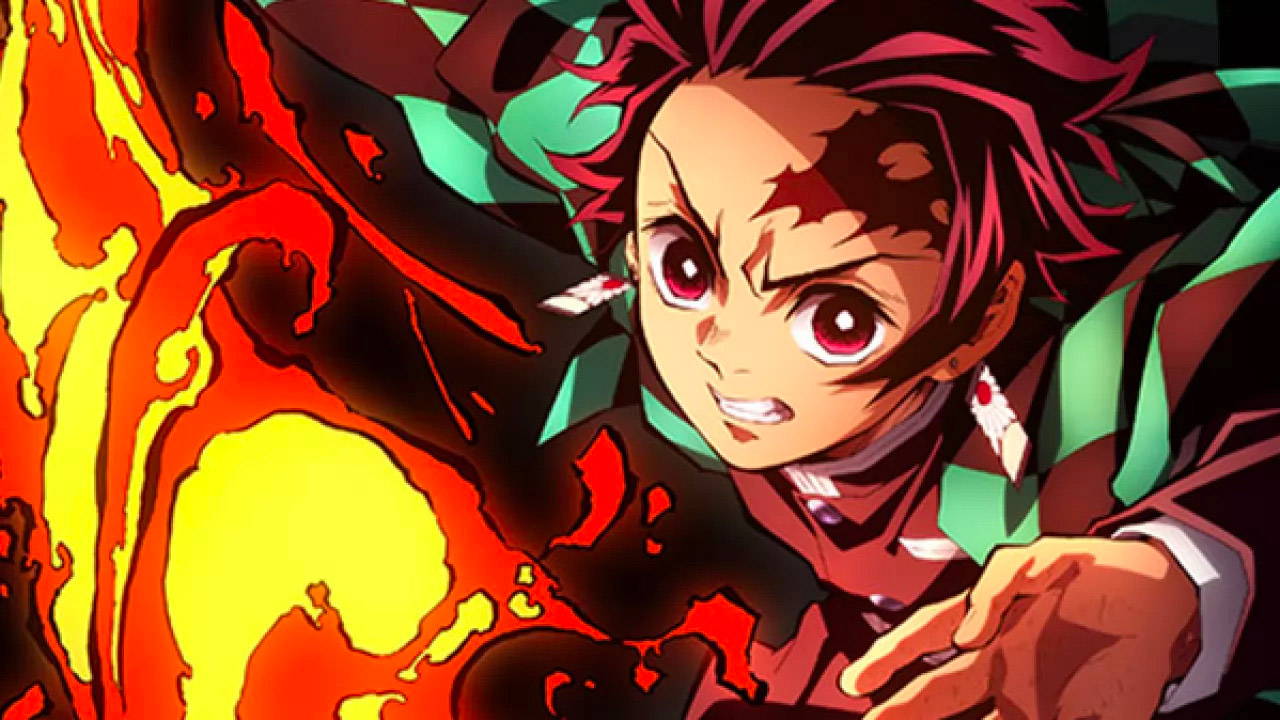 As the hero of Demon Slayer, Tanjiro returns home one day to find his family slain by Muzan, the King of Demons, leaving only his sister Nezuko alive, but turned into a demon herself. Tanjiro then joins the Demon Slayer Corps in a bid to one day defeat Muzan and make his sister human again. A story that while hardly relatable in appearance, proves that age-old concepts like sword fights on treacherous journeys will always be popular.

The Journey of the Shonen Manga Hero

While Shonen Manga heroes have grown and evolved physically, from small children like Astro Boy and Son Goku, to high school students like Izuku Midoriya and Yuji Itadori, on a deeper level they’re all still very much alike. They are all human in their own way.

From struggles with identity and acceptance, to the search for glory or redemption, Shonen Manga protagonists have forever taken part in the human experience while on their travels. They navigate emotional trauma and moral dilemma as many people do throughout their own lives.

Sometimes they win, sometimes they don’t. But they always try. A human element which has created a genre that provides someone for everyone. A world of hand-drawn heroes for people to not only look up to, but to see themselves in.